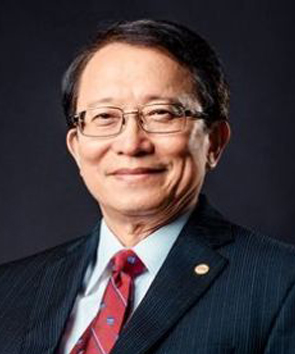 The infamous “Terahertz Gap” represents frequency spectrum that ranges from 0.3 to 3THz (or 300 to 3000GHz). It lies between traditional microwave and infrared regimes but remains “untouchable” via either electronic or photonic means. The conventional “transit-time-limited” electronic devices can hardly operate even at its lowest frequency; the “band-gap-limited” photonic devices on the other hand can only operate beyond its highest frequency. Since its wavelength ranges from 1000 to 100 μm, Terahertz signals tend to behave quasi-optically and are potentially instrumental for a wide range of scientific and industrial applications. Those include high-data rate, short distance and secured wireless & wireline communications, telemetric and remote sensing based on high-resolution radar, spectrometer and imagers for intelligent traffic/landing control, safety/security screening and bio-medical/food/drug sensing, analysis and controls. In this talk, we will discuss fundamental & technical challenges involved in building Terahertz systems-on-chip from nano-metric CMOS technologies and progresses made recently at UCLA and NCTU to overcome electronic/photonic barriers for realizing highly integrated (sub)-mm-Wave and Terahertz systems.

Dr. Mau-Chung Frank Chang is currently the President of National Chiao Tung University, Hsinchu, Taiwan, Republic of China. He is also the Wintek Chair Professor of Electrical Engineering at UCLA. Prior to joining UCLA in 1997, Dr. Chang was the Assistant Director and Department Manager of the High Speed Electronics Laboratory at Rockwell Science Center, Thousand Oaks, California. Throughout his career, his research has primarily focused on the development of high-speed semiconductor devices and high frequency integrated circuits for radio, radar and imaging system-on-chip applications up to terahertz frequency regime.

He is a Member of the US National Academy of Engineering, a Fellow of US National Academy of Inventors, an Academician of Academia Sinica of Taiwan, and a Fellow of IEEE. He was honored with the IEEE David Sarnoff Award in 2006 for developing and commercializing GaAs HBT and BiFET power amplifiers for modern high efficiency and high linearity smart-phones throughout the past 2.5 decades. He has also received numerous awards including Rockwell's Leonardo Da Vinci Award (Engineer of the Year, 1992), Pan Wen Yuan Foundation Award (2008), CESASC Life-Time Achievement Award (2009), John J. Guarrera Engineering Educator of the Year Award from the Engineers' Council (2014), IET’s J.J. Thomson Medal for Achievement in Electronics (2017), and IEEE Eta Kappa Nu (HKN) Vladimir Karapetoff Outstanding Technical Achievement Award (2018).

He has founded and co-founded several companies in both US and Taiwan, including a Fabless RF-Chip Design House G-Plus (acquired by SST in 2004 and renamed as SST Communications), and a GaAs HBT Foundry GCTC (merged with Win Semiconductor and became the world’s largest GaAs HBT PA Foundry and went public in Taiwan’s Stock Exchange). More recently, he spun-off from his UCLA High-Speed Electronics Lab a multi-gigabit/sec contactless connectivity company (Keyssa) and an edge AI System-on-chip company (Kneron), providing software/hardware integrated AI solutions, including neural processing unit (NPU) and a range of visual recognition software for autonomous driving and mobile user identification applications.

Dr. Chang has published more than 450 technical papers and 60 US patents in area of high speed electronic devices, integrated circuits and systems. During his tenure with UCLA, he has graduated more than 50 Ph.D. and 90 M.S. students. 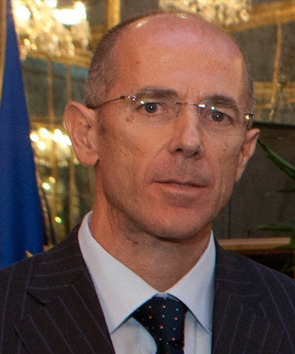 High interest in millimeter-wave bands has risen in the recent years due to the enormous amount of under-utilized bandwidth that lies in this part of the electromagnetic spectrum. The significant advantages offered by the propagation characteristics in terms of frequency re-usability and large channel bandwidths, make millimeter-wave suitable for the very high capacities required by 5G enhanced Mobile BroadBand (10 Gpbs peak throughput and 10 Mbps/m2) both for the Radio Access Network and the Backhaul.

The millimeter-wave bands can be suitably used for the access networks to increase the throughput to the User Equipment and the backhaul/front-haul of the base stations. At the same time the use of millimeter-wave bands, thanks to very compact antenna size that makes products ``blend'' in the environment, allows the densification of the cells in dense urban scenarios.

Millimeter-wave access
Since the beginning, large antenna arrays have been exploited for radar applications in order to achieve very high spatial resolution, beamforming and null steering. This trend has been recently introduced to communication systems too, in order to provide highly-directive beams as a means to both reduce interference and increase the overall capacity, allowing spectral reuse through spatial diversity. Nowadays the big challenge is not only related to the maximization of the overall system performance – which has been proven to be very effective when considering full-phased/full-digital architectures - but is mainly focused on the economic side: the real goal is to keep cost and energy consumption sufficiently low to obtain affordable products. In this invited talk it will be presented an overview of some techniques that can be adopted to design energy- and cost-efficient antenna arrays for millimeter-wave wireless systems (mm-Waves), which - having instantaneous bandwidths of hundreds of MHz to GHz - are seen as promising technology for meeting the exploding capacity requirements of 5G (and beyond) communication networks.

Renato Lombardi is Head of Huawei Italy Research Center, Vice President of Huawei’s Microwave Product Line. In these roles, he oversees the research and development of microwave / millimeter-wave technologies for wireless communications and the implementation of innovative mobile broadband backhauling solutions all over the world. Renato Lombardi joined Huawei in 2008, founding the Huawei Research Center in Milan, Italy. In 2011, he was awarded the title of “Fellow of Huawei”. Renato has more than 25 years of experience in the microwave industry. He previously led the Siemens Microwave Business and Product Management and then appointed Head of Research and Development. He was member of the integration team of for the Siemens and Nokia joint venture in 2006, and later became the Head of Product Management of the Microwave Business Line. In 2015 Renato Lombardi has been elected Chairman of the ETSI Industry Study Group mWT (millimeter-Wave Transmission). Renato Lombardi graduated from the Politecnico of Milano, the largest technical university in Italy with a Master’s Degree in Electronic Engineering.